On 12/8/16 a moth box was put out in Whillet’s Meadows and this micro moth was captured. It has been confirmed by the County Moth Recorder as Pseudopostega crepusculella – a species which is Nationally Scarce and has not been seen in Sussex since 2009. It has never been reported in the North of the County. Although only 5mm long and not an impressive looking  moth; it is our first “Nationally Scarce” moth record for the Nature Reserve. 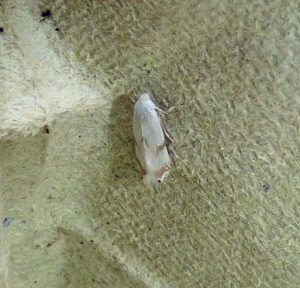