In the course of the Work Party tasks; a Common Lizard was found and a female Mandarin Duck was ringed. 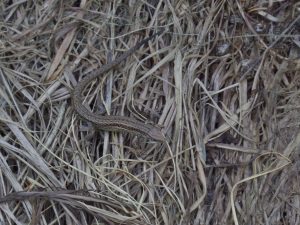 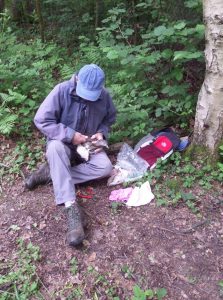 On Saturday night (27/5/17) I put out a moth box in the meadows. Among the moths was a micro moth that I photographed for later identification. Going through the ID books it appeared to be Agonopterix Pallorella (see pic) a Nationally Scarce B listed species. I sent a photo to the Sussex County Moth Recorder for identification – and it was confirmed. Apparently the last time this species was seen in Northern Sussex was in Tilgate Forest in 1870.  It has been recorded along the Sussex Coat with occasional recent sightings. It’s food plant is the roots of Knapweed. This moth is small – it’s forewing length is only 9-11mm.
The other moths recorded that night were all macro moths:- 4 Brown Silver-Line, 1 Buff Ermine, 3 Clouded Border, 1 Common Swift,  4 Flame Shoulder, 7 Green Carpet, 2 Ingrailed Clay (see pic), 2 Light Emerald, 1 Maidens Blush, 1 Marbled Brown, 1 Marbled White Spot (See pic), 2 May Highflyer, 6 Pale Oak Beauty (see pic), 1 Pale Tussock, 2 Poplar Hawk Moth,  2 Setaceous Hebrew Character, 4 Silver Ground Carpet, 2 Treble Lines, 18 White Ermine.
Recently I also had another new moth species for the reserve, although it is not particularly rare, a Poplar Lutestring. (see pic). 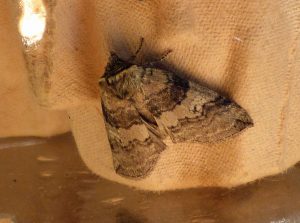 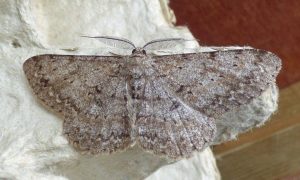 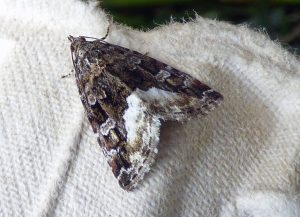 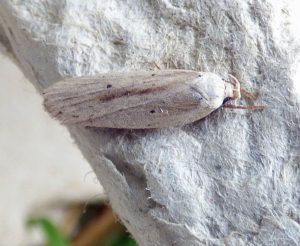 West End:- 6 Common Tern, 1 Kingfisher. A Little Owl was seen very briefly sitting on wires along Legsheath Lane near Old Lane at around 21:00.